– StartupCity Europe Partnership (SCEP) Initiative has been launched today in Brussels at the European Parliament at the presence of President Antonio Tajani.

– Part of Startup Europe Partnership (SEP) platform, SCEP will be led by Mind the Bridge to foster the development of interconnected startup strategies at the local level.

– A new report titled “Startup City Hubs in Europe” has been therefore presented: it shows that the innovation economy in Europe is heavily concentrated in 48 main hubs that host the 67% of total European scaleups, while all the other cities and municipalities (the remaining 33%) are scattered across 428 cities and face the risk to be increasingly marginalized. 150 Tier-2 Startup Cities in Europe have been ranked based on the current economic role, the ability to produce innovation, the strength of their innovation ecosystem, and their talent pool.

– StartupCity plans for tier-two cities. The report recommends that sustainable strategies for tier-two cities be built upon two pillars: the specialization of cities on specific verticals and international connections or partnerships with other cities.

Brussels, November 21st, 2018 – “Approximately 50 main cities will be likely driving the innovation economy in Europe in the next years, while all the other cities and municipalities face the risk to be increasingly marginalized. This growing gap could potentially trigger disaggregation and separatisms”. With these words, Alberto Onetti, Chairman Mind the Bridge and Coordinator Startup Europe Partnership officiallylaunched StartupCity Europe Partnership (SCEP) Initiative in Brussels this morning, at the European Parliament in the presence of President Antonio Tajani. A support message from Commissioner for Digital Economy and Society Mariya Gabriel was also delivered personally by her cabinet.

The new SCEP initiative, part of Startup Europe Partnership (SEP) platform and led by Mind the Bridge, aims at fostering the development of interconnected startup strategies at the local level, connecting medium-size European entrepreneurial cities and supporting them in becoming startup cities. Mayors of Cluj-Napoca (Romania), Heraklion (Greece), Varna (Bulgaria), Malaga and Seville (Spain) attending the event, are among the earliest signatories.

“An European plan to support cities in developing startup strategies and dynamic innovations is timely and needed” commented President Tajani at the opening of StartupCity Europe Partnership Launch Event.

“Initiatives such as StartupCity Europe Partnership that we are launching today – added Alberto Onetti – are addressing one of the top political priorities for the future of Europe. We believe in a single Europe, where knowledge and capital can be leveraged through networks, and where all the countries and cities should be actively involved and contribute”.

Besides the Ceremony, a new Report titled “Startup City Hubs in Europe” has been therefore presented, as a first effort to measure the impact of the “innovation economy” at a granular scale, in particular, focusing on the role that cities have in the concentration of innovation hubs.

Data shows that in Europe there are 476 cities that have at least one scaleup. 48 cities (around 10% of the total) host 3,759 scaleups (around 67% of total) and  74% of the capital raised. Such concentration, however, doesn’t reflect the current distribution either of the GDP (34%) nor the population (14%). These 48 cities will be likely driving the innovation economy in Europe in the next years, while all the other cities and municipalities face the risk to lose relevance and be increasingly marginalized.

According to the research, in Europe we have just one startup hub per country: out of the 42 European countries that have produced scaleups, 34 (81% of the total) have more than 50% of the scaleups concentrated in one city. 27 countries (64% of the total) show a concentration higher than 70% in the major hotspot. For 13 countries (31%) all scaleups are located in the same city (100% concentration around the capital). However, Spain, Portugal, Poland, Belgium and Cyprus are the exceptions that prove the rule with 2 hubs per country: Barcelona and Madrid, Lisbon and Porto, Warsaw and Krakow, Brussels and Gent, Zurich and Zug, and Limassol and Nicosia.

In only 4 countries (10%) the main hotspot is not the capital city: Italy (Milan), Spain (Barcelona), Switzerland (Zurich and Zug), and Cyprus (Limassol). While Madrid and Nicosia show significant concentration rates (above 30%), Rome and Bern definitively play a less relevant role within their domestic startup ecosystem.

If we consider capital raised, rather than number of scaleups, the concentration phenomena around a single city (or maximum two) appears even stronger: in 37 countries (88%) a single city accounts for over 50% of the capital raised by scaleups and in 31 (74% of the total) for over 70%.

The report also measures the cities on the basis of the “StartupCity Future Growth” parameter – an indicator developed by Mind the Bridge that compares the share that a city has in the country’s startup and scaleup economy and the current share on GDP – to visualize this divergence between the “existing” economy and the “new” innovation economy. If values above 1 indicate cities that are likely to increase their economic role over time and values below 1 are characteristics of cities that might be experiencing a decline in the medium term. Data show that in Germany, for example, Berlin scores 6.1 and Munich 2.4, while Frankfurt 0.5 and Dusseldorf 0.3; in France, Paris has a value of 2.5, while Lyon 1.0 and Marseilles 0.3; in the UK London scores 1.6, while Manchester 0.5 and Liverpool 0.3; in Spain, the two top startup hubs (Barcelona and Madrid) show values respectively of 2.7 and 1.8, while Bilbao and Seville 0.4 and Malaga 0.3. Valencia is positioned around the parity; in Italy, Milan scores 2.6, Rome 1.4, while Naples 0.5 and Palermo 0.4.

If startups and scaleups are the drivers of future growth and tend to be localized in a few large hotspots, the latter is likely to assume an even more dominant role, while “tier-two cities” and municipalities face the risk to be increasing – as said – marginalized.

“Mid-size cities are the backbone of Europe. Their potential and role both in innovation and local development cannot be neglected – commented Marco Marinucci, CEO of Mind the Bridge – Therefore, strategies to support and connect these second-tier hubs at an international level and to increase their participation in the startup economy are key at both national and European level. Initiatives such as StartupCity Europe Partnership serve this purpose”.

In the attempt to assess the potential of tier-two cities to turn into larger scaleup hubs, the Report ranked the top 150 tier-two startup cities that have at least a scaleup company sorted by the “StartupCity Innovation Potential” score (the 48 top StartupCity hubs have not been included in the ranking – see methodology).

According to this score (that is still preliminary), Germany leads the rank with Munich and Hamburg, respectively 1st and 2nd, and Cologne in the 4th place. The UK follows with Manchester in 3rd position, while in the 5th position we find Gothenburg (Sweden). France finds its place with Lyon (6th place). The first Spanish city is Valencia in the 13th position, while the first Italian city is Turin in the 17th place. Switzerland comes in 19th position with Lausanne, while the Netherlands ranks 21st with Utrecht.

The Report recommends that tier-two startup cities should develop a strategy of specialization on verticals. Additionally, critical mass can be achieved by leveraging the benefits of agglomeration either through international connections with other cities that share similar focus/specialization, and local alliances with nearby cities.

“Sustainable StartupCity plans for tier-two cities – added Alberto Onetti, Chairman Mind the Bridge  – have to be built upon two pillars: the specialization of cities on specific verticals and strategic connection or partnerships with other cities”.

“Interesting implementation examples can be seen in the Northern Powerhouse (Manchester, Liverpool, Leeds, Sheffield, Hull and Newcastle) as well as the collaboration between Seville and Malaga” – ended Arturo Villar, SCEP Coordinator for Mind the Bridge.

About SCEP (StartupCity Europe Partnership)
SCEP (StartupCity Europe Partnership) is a European Commission’s Startup Europe initiative organized as part of Startup Europe Partnership (SEP).
This new platform, led by Mind the Bridge, aims at creating a pan-European network of cities with the goal of fostering the development of interconnected startup strategies at the local level.
The mission of SCEP is to connect medium-size European entrepreneurial cities and support them in becoming StartupCities.
Europe ecosystems are characterized by a strong concentration of scaleups around one city (or, less frequently, two cities) per country, typically the capital.
SCEP aims at building alternative hubs by leveraging the skills and economic potential that are scattered across Europe.

About Mind the Bridge
Mind the Bridge is a global organization that provides innovation advisory services for corporates and startups. With HQs in San Francisco (CA) and offices in London, Italy and Spain, Mind the Bridge has been working as an international bridge at the intersection between Startups and Corporates since 2007.
Mind the Bridge scouts, filters and works with 2,000+ startups a year supporting global corporations in their innovation quest by driving open innovation initiatives that translate into curated deals with startups (namely POCs, licensing, investments, and/or acquisitions).

Mind the Bridge publishes curated reports on the status of the scaleup ecosystems in different geographies, as well as M&A and innovation market trends in various verticals.

Mind the Bridge has strong partnerships with entities such as the London Stock Exchange and the European Commission, for whom it runs the Startup Europe Partnership (SEP) open innovation platform. 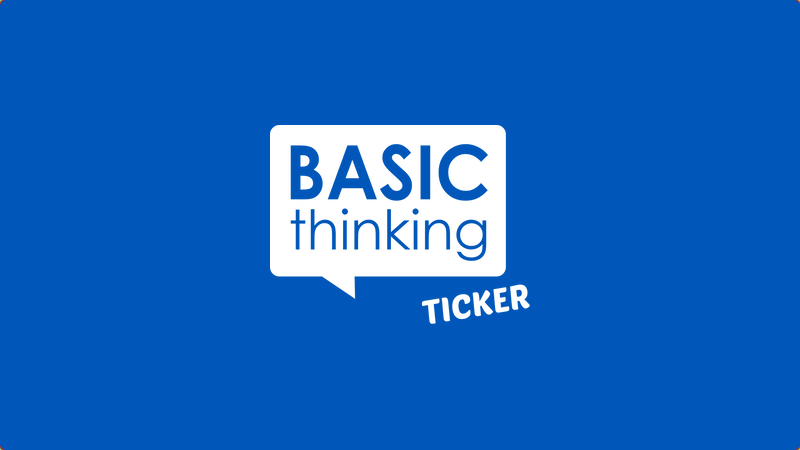